In addition there are two Anti-light squares in the southern passage. Much to my disappointment showing this to Orlando or Captain Brix produced no response.

Back down the pit to follow the convoluted route out of the mine. You will turn south, keep south and ignore the passage west for now. After picking all the Gems up go south and west to find three more sets of Gems and a Puzzlemouth in the southwest corner. Head north then east to see Stairs down.

And the light next to where you land sends you back again. More vital Treasure is to be found going east and keeping northeast through a false wall to find another Staircase down. The light in the central north passage Teleports you to the bottom of a passage in the northeast.

Follow the passage round to find a Chest containing a Mine Key. The statues carry the names of the Guardians of the Eyrie. Heading from the east beware the Spinner at the first crossroads. Back to the southern passage and enter the password in the Puzzlemouth.

It contains lots of monsters which need clearing before you find Dreblin. I’d suggest that the Warrior is your number one recruit. He’s gone to ground in amerstar cave beneath the Whirlpool and has a piece of the Amberstar. Your objective is to reach the door in the southwest of this area.

At the Puzzlemouth say “Water”. South then east stopping only to bash Skeletons hiding behind a door to the north in the southern centre of the map. Entry point is from the mid south. Enter the door that leads south to find a Puzzlemouth. Black Wizards are the guys with offensive spells. Use the Key on the Lock of your parents’ home.

There’s nothing else of interest here. Head east through a door and keep east to meet your first, but by no means last, encounter with Skeletons. Follow the passage round and round till you arrive at a locked door. South through the door and fight Skeletons en-route to the Stairs which lead to Level One. Drelben – cures Paralysis stun. Go west and north to encounter Mummies.

More of that later. Take the letter Donner gives back to Amberstaar in Illien. Map on a 14 x 14 grid. Entry point in the Third Section is from the mid-east. You’ll also not be allowed to enter Lakes or the Sea. The Blue Disc device is a travelling bubble that enables the Party to move over land or shallow seas. Entry point is from the mid-south. Firstly on the east side to find and fight Rats through the second door east. Fight Purpurslimes in the north and south rooms. 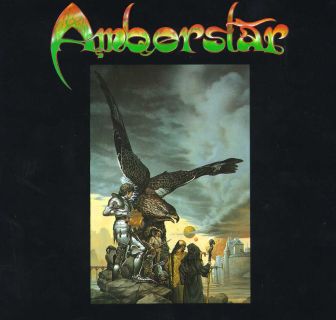 Going left or right in the corridor beyond takes the Party to two different areas. You’ll have passed this door en-route from the cemetery. Views Read Edit View history.

In the southeast is a Shop that sells an item you’d have given your eye teeth for earlier – yes, it sells Lockpicks amongst other things! The entrance gate is in the south. Entry point is in the mid south. Build your initial Experience points by walking over or sailing under bridges.

To the east through the door find a Chest with Gold and some Mithral Mail. This is located maanual the southeast of Mera’s House. Head north to meet Bolina, a Thief. Just miss one square north as you enter the Old Hall of Knights.